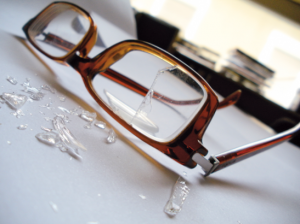 With so many cars on the road and so many drivers, it’s not surprising that the United States is one of the world’s leaders in car accidents and fatalities. In fact, in the U.S., over 37,000 people die every year in car accidents – that equals out to more than one hundred fatal tragedies every single day. Unfortunately, just a few days ago, three local Denton-area Texans were killed in just one of these accidents near East FM2449 and C Wolfe Road – a true tragedy.

According to various media reports, around 8:30 pm on September 25th, police found three people trapped inside an extremely disfigured blue Ford Explorer. After appearing to be heading westbound on FM2449, the driver of the Explorer, Kindle Brewer, who was just 20 years old, lost control of the vehicle after attempting to pass in a no-passing zone. The car then began to roll after leaving the surface of the road, subsequently smashed into a tree, and was again uprighted by the collision. Police arrived several moments later.

An Unfortunate Loss of Life

This crash unfortunately resulted in the loss of life for all three passengers in the Explorer: Kindle Brewer, the 20 year old driver;  27-year-old passenger Thomas Lupercio; and passenger Hannah Davis, also 20 years old. Davis and Lupercio were pronounced dead on the scene, while Brewer unfortunately passed away a short time after at Texas Health Presbyterian Denton despite the best efforts of medical staff and first responders.

Next Steps for Accident Victims and Their Families

With almost 9,000,000 registered motor vehicles in the State of Texas, these kind of incidents are unfortunately all-too-common. Many times, victims and families of these types of car accidents don’t know how to take the next step. The Todd Durham Law Firm has spent many years helping those involved in car accidents with their legal representation. If you’re in need of legal advice or a lawyer to represent you, contact the Todd R. Durham Law Firm at (972) 362-0046 or online and schedule a consultation today.

LightField Studios at Shutterstock In the event that you find yourself a victim of a pedestrian accident, it is important that you know what

Read Full Article
What Are My Rights If I Suffer A Life-Changing Head Injury In A Car Accident? | Todd R. Durham

By RossHelen at Shutterstock Car accidents are bad enough when the damage is minor, but a serious accident can cause irreparable damage to those involved.