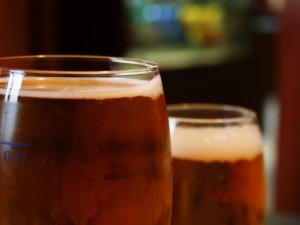 A drunk driving accident case involving former Lewisville Cowboys defensive lineman Josh Brent has put the process of performing blood alcohol tests in the spotlight. Brent’s defense team, according to a recent Lewisville Morning News article, is contending that because the lab did not follow industry protocols he should not be prosecuted. The Durham Law Firm wants to share this information with you should a similar argument be used in the case of the drunk driver who caused harm to you or someone you love.

Attacking the Validity of the Blood Test

Brent’s defense lawyers, according to the article, called a laboratory quality auditor to testify that protocols were not properly followed by the Southwestern Institute of Forensic Studies. This was where Brent’s blood was tested for alcohol in December of 2012 following an accident that killed his former teammate. Prosecutors allege that an intoxicated Brent caused a drunk driving accident that killed Jerry Brown. They say they have evidence showing Brent consumed 17 drinks the night of the accident.

The defense, however, asserted that the Institute used water containing trace amounts of ethanol, a form of alcohol, when administering the test, which showed Brent’s blood alcohol level was .18 percent (the legal blood alcohol driving limit in Texas is .08 percent). As a result, the defense claims, the test should be thrown out.

Blood tests can, in many instances, be easier for an attorney to fight than a breath test. Lawyers can create doubt in a jury’s mind by calling into question the chain of custody of the sample. Sometimes, just one questionable link in that chain can be exploited by a defense attorney and result in an acquittal.

Even if the person responsible for the drunk driving accident that affected you is acquitted due to a questionable blood test or some other technicality, you may still have recourse when it comes to getting the compensation you deserve. Call The Durham Law Firm at 214-222-4000 or contact us online for a consultation. What’s your opinion on the use of blood tests in alcohol-related accidents? Share it with us by clicking one of the social media icons on this page.

LightField Studios at Shutterstock In the event that you find yourself a victim of a pedestrian accident, it is important that you know what

Read Full Article
What Are My Rights If I Suffer A Life-Changing Head Injury In A Car Accident? | Todd R. Durham

By RossHelen at Shutterstock Car accidents are bad enough when the damage is minor, but a serious accident can cause irreparable damage to those involved.